Okay, so it isn’t the most direct route. But it was one which allowed us to arrive in Guatemala City midday and daylight hours are definitely preferable according to my travelling partner (and daughter) Jacque (“Jackie”). She’s been to Guatemala twice before and has got a much better grasp of the safety measures required in this Central American country. So, with a 12:55AM departure from SFO and a short layover in Atlanta, we successfully arrived in Guatemala at 1:30PM. Midday.

Exiting the airport, we were greeted by…mariachis. Mariachis? Isn’t that a cultural phenomenon better known in Mexico? Well, yes, according to Wikipedia, but they’ve actually become Ambassadors for Mexico to other countries, including Guatemala. Confusion relieved.

Just past the mariachis we found our shuttle and we were off to Antigua, a beautiful colonial city Jacque was anxious for me to see. On the way, we chatted with a young man sitting in front of us. He had just returned from family holidays in California, and was headed back to Antigua for an indefinite period of time. He trains young people as missionaries and was interested in referring some women to the scholarship program for which Jacque works: the Kateri Tekakwitha Fund. 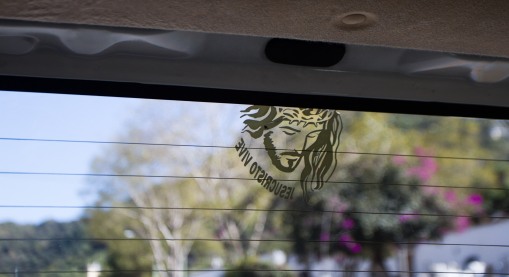 I began to learn quickly how devout Guatemaltecos are. There is a vast and strong Catholic influence which of course is unsurprising, but Evangelical Christian numbers are not only on the rise in Guatemala, they account for the largest percentage in Latin America.

Jacque loves Guatemala. It feels like home to her. She loves the people, the weather, the beauty, and she was so happy to return. 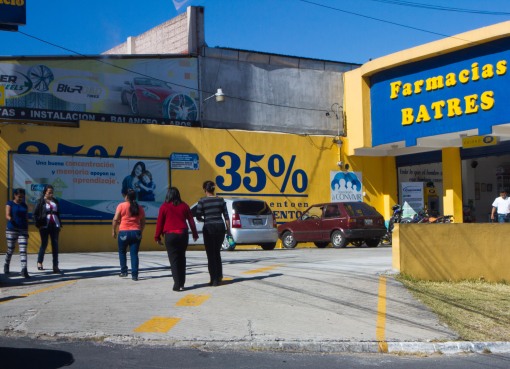 Before our trip, she gave me packing advice. No shorts (not a problem, really) and skirts should be well below the knee. Guatemalan women are conservative in dress – pants and longish skirts – and it is respectful to dress similarly. 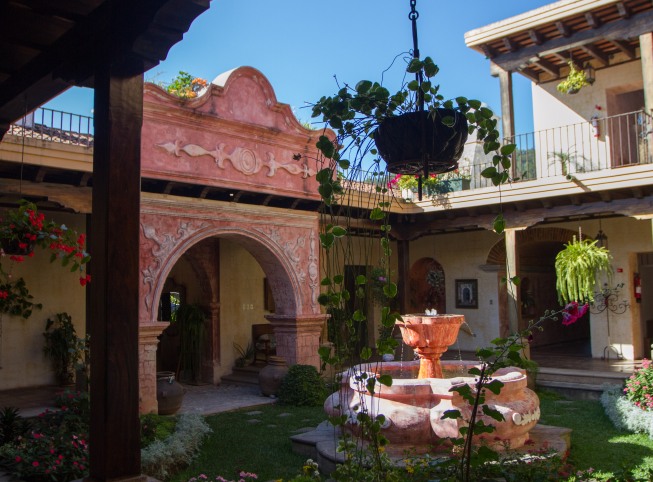 It was a 45 minute ride to our hotel, La Casona de Antigua. And, to these two weary travellers, when we arrived, it appeared as an oasis.

3 thoughts on “A Mother-Daughter Trip to Guatemala”