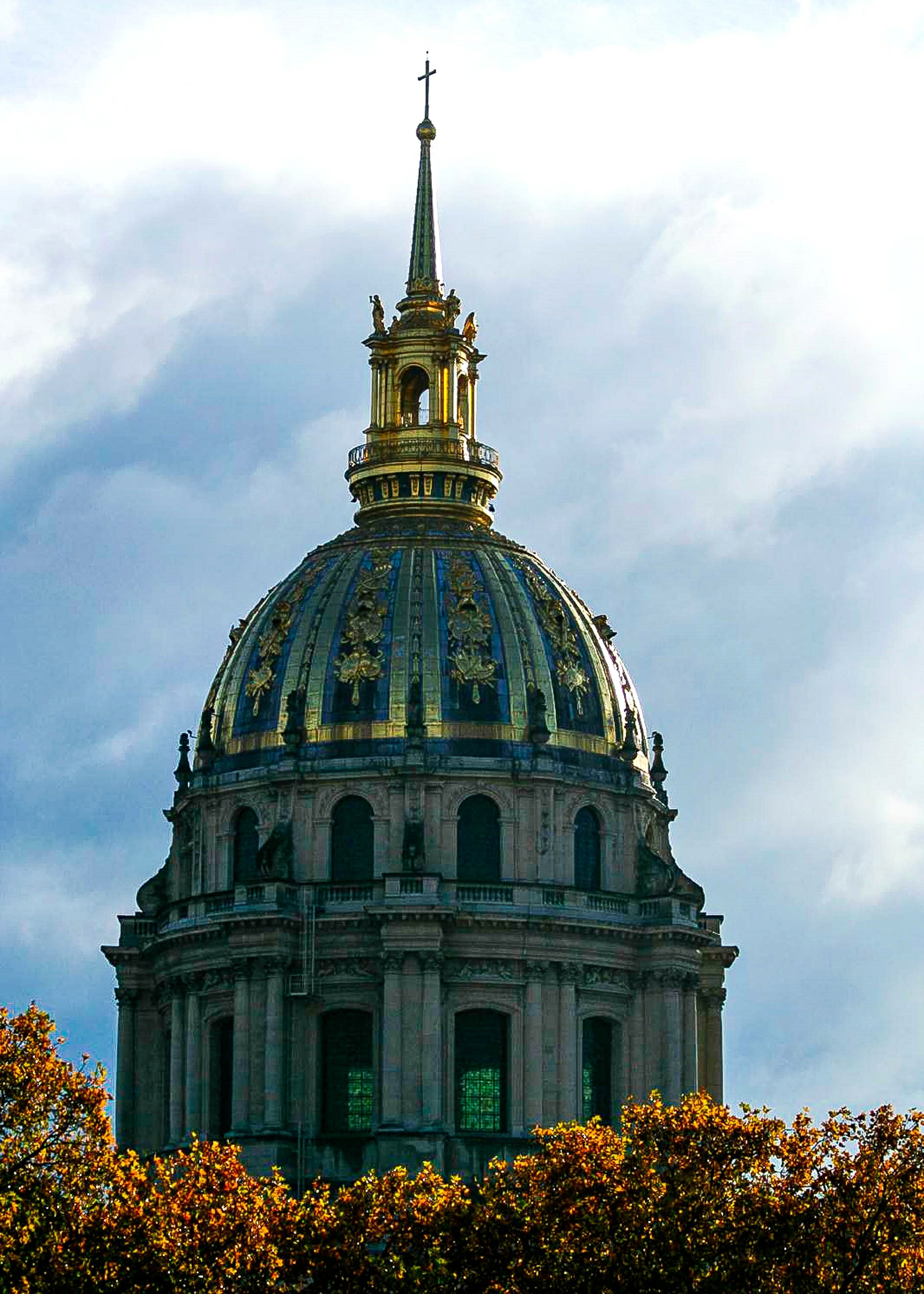 First constructed 1678 at the behest of Louis XIV as a hospital for aging and infirm soldiers (the invalids, or “les invalides”), it was also used as a church and continues to be used as a mausoleum. The area directly under the dome became the permanent resting place for Napolean I in 1840, when his ashes were transferred from the Island of St. Helena where he had been exiled.

Today, it stands as a monument to the French Emperor and symbolizes the courage and strength of the French Military. The adjoining Musée de l’Armée (War Museums) are rarely mentioned in Paris guidebooks but are not to be missed.

In the sunlight, the glint and sparkle of the Dome rivals that of the nightlights of the Eiffel Tower.