Bruges, Belgium. I did it. I took the detour to Bruges (broozh, in French and English), or Brügge (brooguh, in German), and Brugge (but I’m not sure of the phonetic spelling, in Dutch),  from Amsterdam to Paris. The direct high-speed rail straight to Paris would have not only been faster and less expensive but I would have stayed warmer and drier and I would have been in Paris HOURS sooner. But, I took the detour anyway, in order to spend a few measly hours in a Belgian village. It was a ridiculous notion. It made no sense. What if something had happened to me? No one I love would have known where to find me. It’s not like I had ever been in the area before: it was truly foreign.  But, I had to see Bruges. And, it wasn’t easy.

I had to switch trains in Brussels and got off at the wrong station.

I ended up waiting. And, WAITING for the right train. I was tired and cold and  hungry and the sky looked like it was going to open at any moment. I was lugging a suitcase that was too heavy and too big and when I finally got to Bruges, I had trouble finding a baggage locker that was big enough and then had trouble cramming it inside. I was worried I didn’t have correct change for the locker. 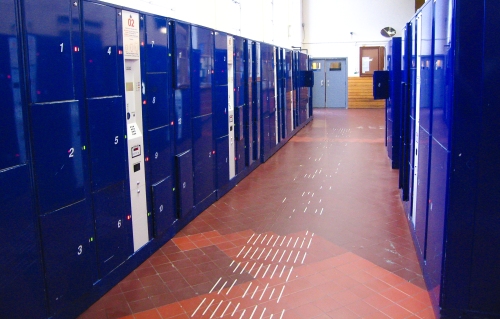 But, Bruges is between Amsterdam and Paris in a crooked sort of way and I’d read so much about it, and even though I had but a few hours, I said to myself, why not go to Bruges? When would this opportunity present itself again? I was travelling by myself. No one was going to be inconvenienced by my need to see this historic town. No one, but me, that is. And, I didn’t care about the inconvenience. I wanted to see Bruges.

And, now that I’ve experienced just a tiny smattering of its charms, with a walk to Markt Square, the historic town center for commerce, 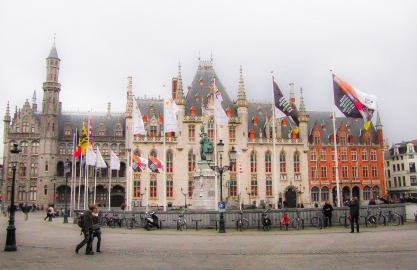 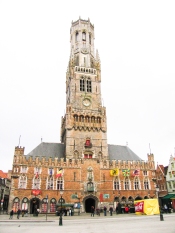 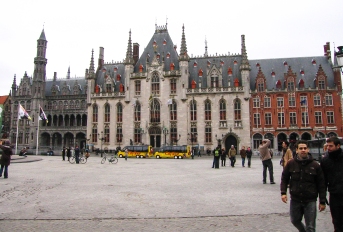 and on to Burg Square with its varied forms of architecture, 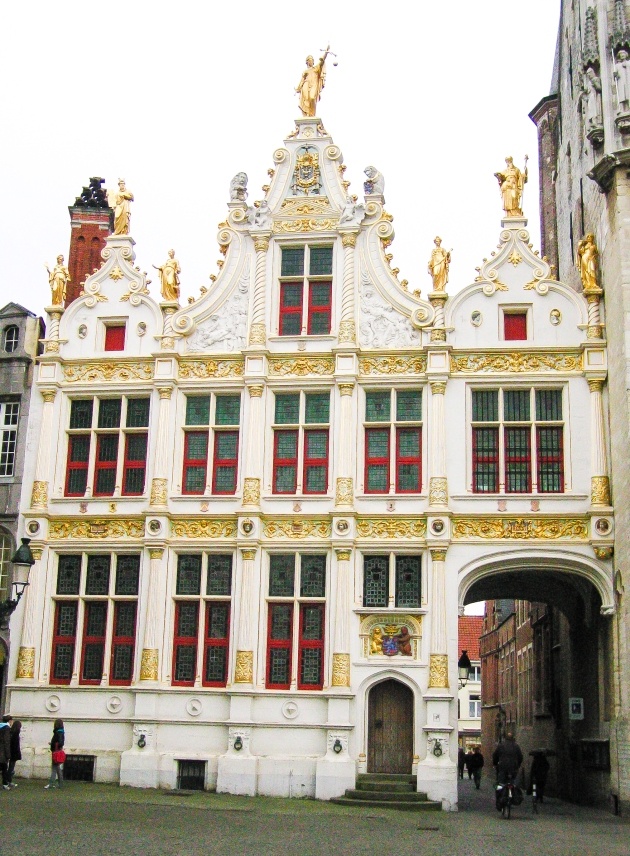 I would do it all again.

And, I will. And, I will stay longer next time. And, I’ll eat frites with mayonnaise. I’ll visit the Groeninge Museum and the Church of Our Lady and the Memling Museum and the Begijnhof and maybe even the Bruges Beer Museum!

But, for now, just eating the mussels 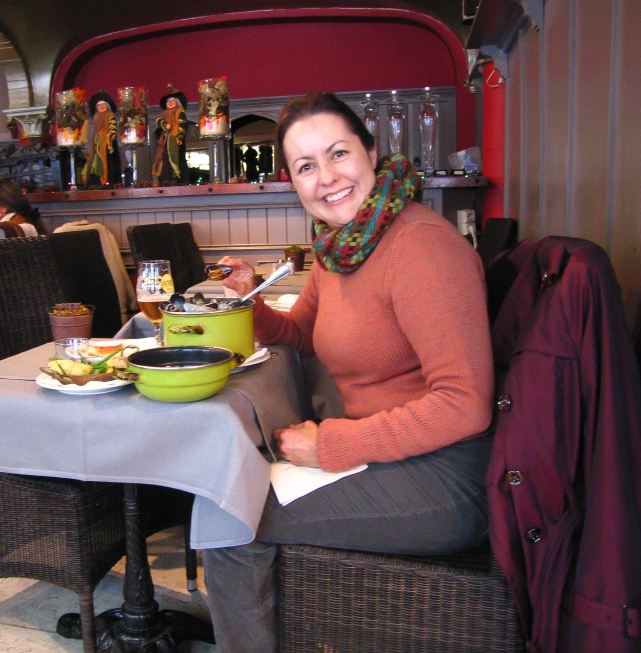 Look at me and my Mussels!

and drinking the beer

and eating a true Belgian waffle (great topped only with sugar) 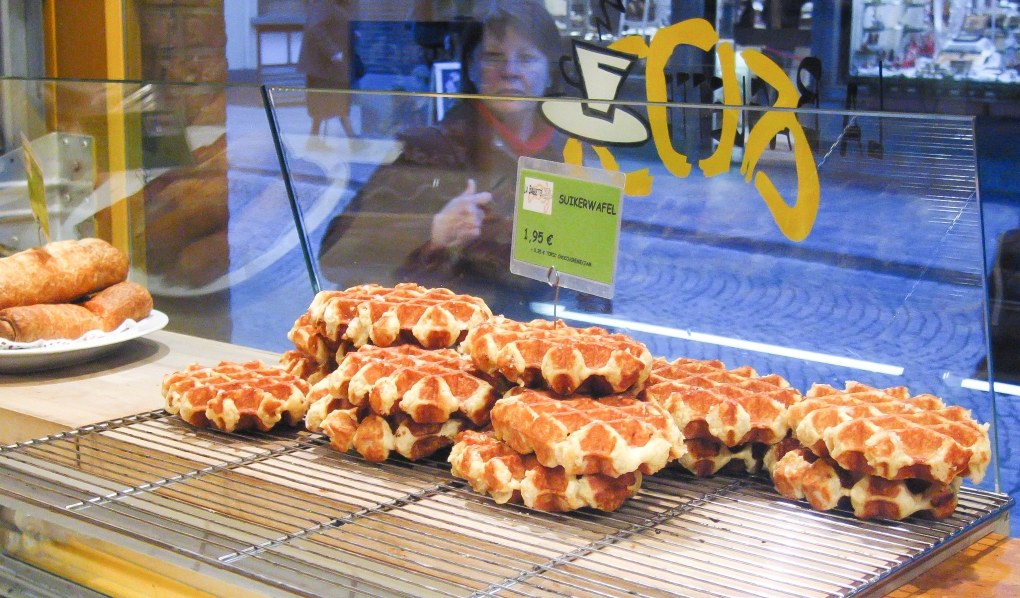 and roaming the picturesque streets for a time,

and having one of the most special and surreal musical experiences of my life was enough. In those few hours, I was given memories that will last a lifetime.

And, none of it would have happened had I not made a quick decision, gotten a bit lost, and endured not a little discomfort (which incidentally included a mad dash in the rain back to the station where I feverishly retrieved my suitcase and very nearly missed my 1837 train to Paris). 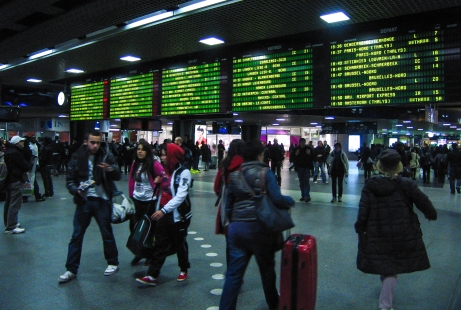 Inconvenience? What inconvenience? I’m trying to make of this short life exactly what I hope to; to give in to inspiration, and to experience this world as fully as I can. It won’t be the last rash act, the consequences of which may not always be a beautifully preserved Belgian town. But, I’ll take my chances.

That decision to detour made no sense whatsoever.

But it was the most sensible thing I could have done.

22 thoughts on “A Short, Ridiculous Detour to Bruges”