After receiving my welcome email from Hostal L’Antic Espai, the hotel I had booked for my first-ever trip to Barcelona, my anticipation was more than piqued. The photos I had viewed on TripAdvisor gave an Old World kitschy comfortable vibe and this is exactly what greeted me on my arrival.

My plane was delayed in San Francisco and in Frankfurt and so my arrival in Barcelona was much, much later than I expected. Fortunately, I was able to call the hotel and was reassured that someone would be waiting for me. Once I arrived via the Aerobus to Plaça de Catalunya, I had a bit of trouble finding Gran Via de les Corts as I’m easily turned around and my sense of direction often leaves much to be desired, especially when I’m so, so tired. (It’s why I try very hard to continue to use regular ol’ maps and not give in – too often – to the GPS on my phone. I need continual directional practice!) I finally found an English-speaking passerby who helped me find my way. (I could have taken a taxi, but Sergio, when I called the hostal, told me that it was walking distance from Plaça de Catalunya, and I, again, was determined to find my way.) Unbeknownst to me, I passed the entrance to the hotel a couple times, expecting a large-ish sign to direct me. Instead, I eventually realized that the two old large wooden doors I had passed were the doors to my hostal and, on closer inspection, saw the small brass plate to the right of the entrance marking the name of the hotel and a call buzzer.

The doors led to a not well-lighted stairway. It was an old-appearing stairway which was still haunted, I was sure, by the ghosts of Catalan evildoers and their victims. I felt as if I was about to enter another world. And, it was late and I was alone in a new city and all was eerily quiet. 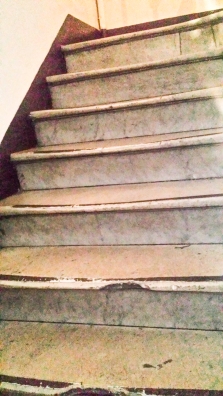 But, my trepidations faded immediately upon entering the hostal. Sergio, the man to whom I had spoken while in the airport to ensure that I could still enter the hotel even though quite late, welcomed me in his t-shirt and tattered shorts and with a big smile. It was as if he were representing the entirety of Barcelona with his warmth and casual air and I began to calm and breathe a little more deeply, glimpsing through this unique concierge, the charms of this new city. 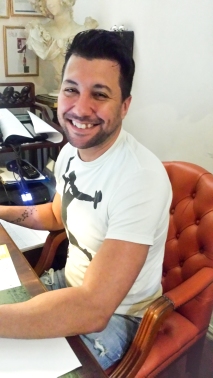 And, the hotel came highly recommended!

Sergio explained entering and exiting the building with a scan card, offered me the Continental breakfast for a fee (I generally try to eat out when visiting someplace new – the food is usually tremendously better than the hotel’s offerings and the price is often quite comparable), and gave me his mobile phone number should I have any problems when out and about in the city. As a result of his attention, I felt welcomed, aware, and protected as a solo-female traveller, in Barcelona for the first time. 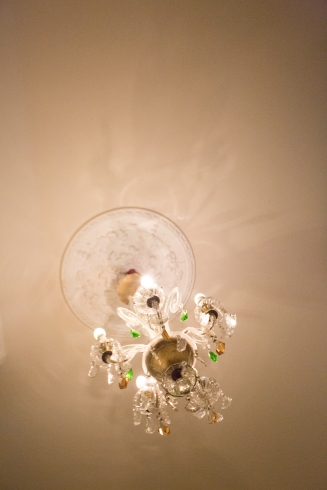 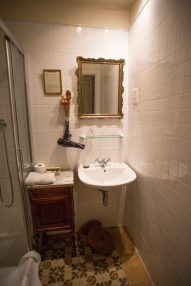 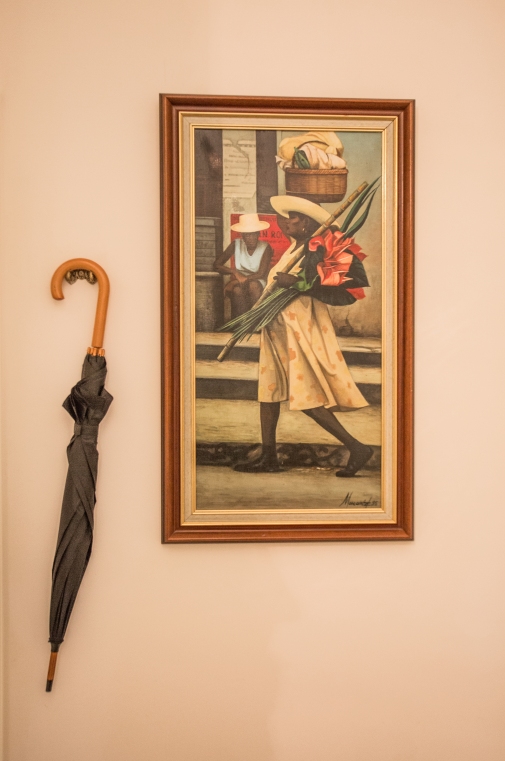 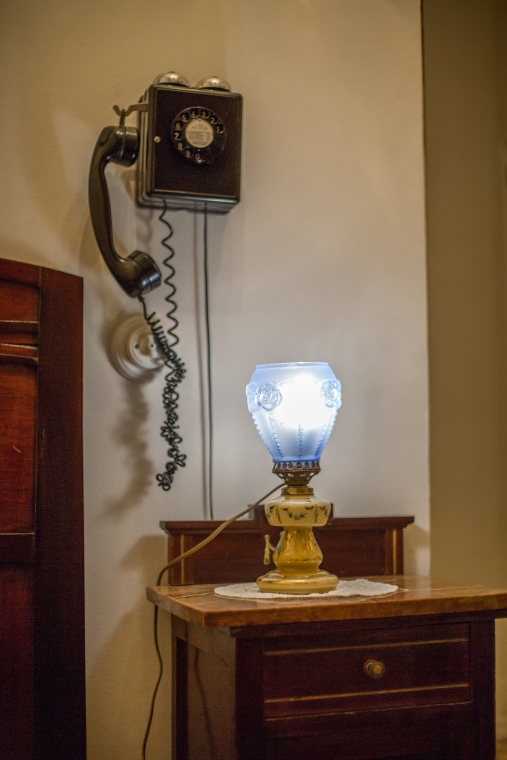 I loved the high ceilings and traditional decor. ‘Twas as if I were stepping back in time. The bathroom had modern amenities and warm water. A hairdryer and umbrella, although not mandatory, were wonderful offerings, lightening my luggage load. The free wifi – definitely mandatory – had excellent reception and was generally available and without lost signal. The air conditioning was less-than-par, but fortunately, my time in Barcelona was not overly, uncomfortably, warm so the room temperature was tolerable.

And, the sitting room with its cookies and coffee or tea or wine or sangria, and its eclectic decore, was comfortable and welcoming: 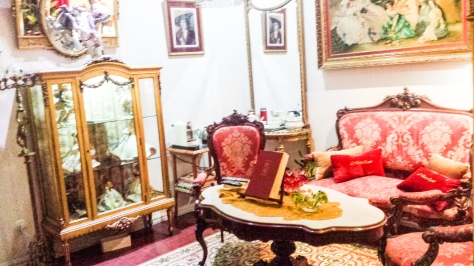 The exhausting trip from America and the stressful layover in Frankfurt were forgotten completely by the time I lay down on my bed and stared up at the chandelier in my room. Hostal L’Antic Espai was in perfect proximity to the areas I hoped to explore this first visit to Barcelona and the ambience (which definitely included Sergio) carried me into a deep readiness for this first (of many, hopefully) Barcelona adventures. With my feet up, I drifted off, my dreams anticipating my first explorations of Barcelona.