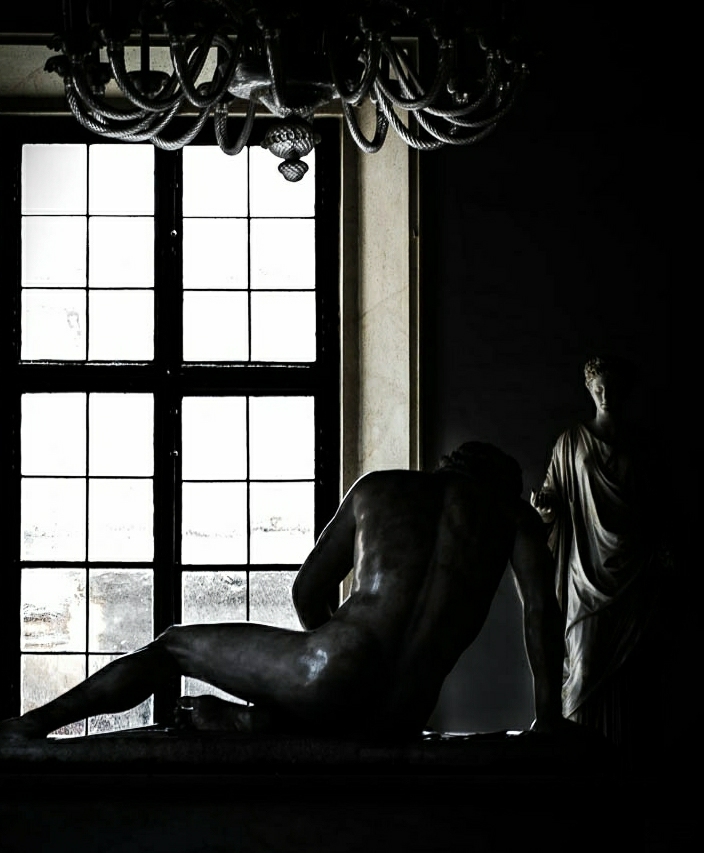 I see before me the gladiator lie
He leans upon his hand—his manly brow
Consents to death, but conquers agony,
And his drooped head sinks gradually low—
And through his side the last drops, ebbing slow
From the red gash, fall heavy, one by one…

-Byron, on the Dying Gaul

When I first caught a glimpse of this powerful warrior, his agony stopped me in my tracks. I was struck by his raw emotion. It is obvious that he is wounded, and suffering and, yes, dying. Yet, he remains dignified and one gets an immediate sense of his strength. No wonder he is considered one of the pre-eminent sculptures in the Capitoline Museums. The photo was taken from the steps outside the Hall of the Galatian. So many people came through and were entranced like I was that I spent quite a bit of time just waiting for the right second to capture this shot. From this angle, it appeared to me that the female statue was attempting to provide succor to him somehow, or maybe was calling him to the Great Beyond…

The following is a 360-degree of the Dying Gaul when he was on view and loaned to The United States National Gallery of Art.