The final destination on my 1st Arrondissement Walk was the Cour d’Honneur, the strange courtyard of the Palais Royal. 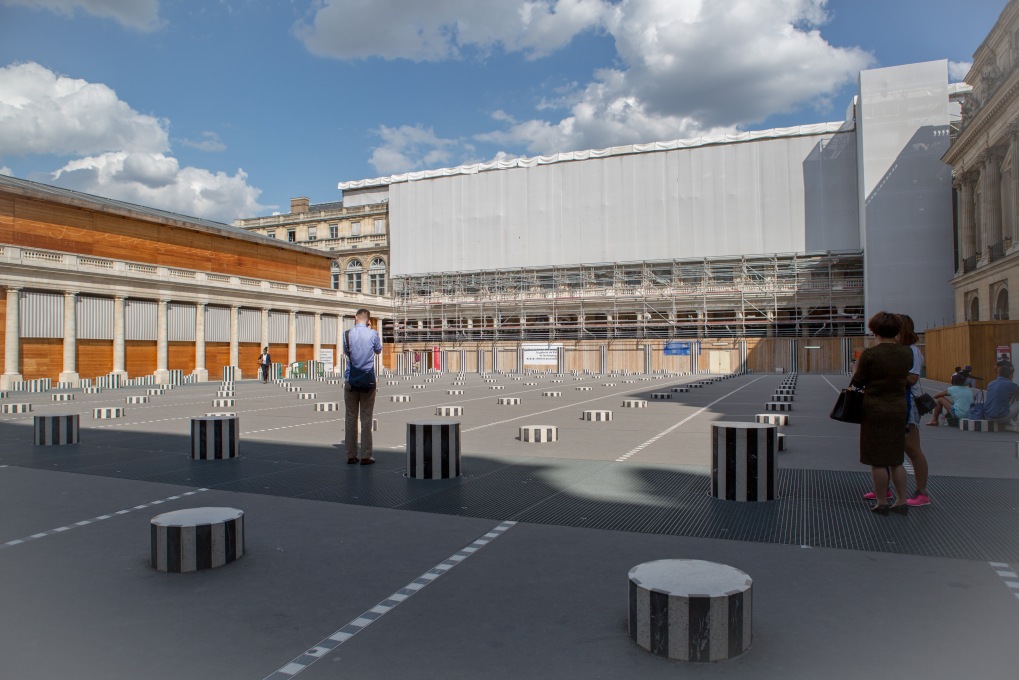 Yes, that’s pretty much it. These black-and-white striped…well, stumps. Wait, that’s unkind. It is actually a sculpture of “truncated columns” (that sounds much more French and much more gracious), called Les Deux Plateux (that sounds even better) by the artist Daniel Buren.

I’m not sure the point of the sculpture and its installation in this courtyard, but I’m glad my guidebook led me to it. For you see, this courtyard, just a few steps from the Musee du Louvre, did contain, albeit temporarily, this lovely triptych: 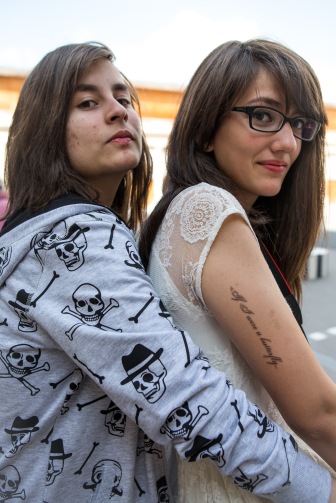 I sat down to rest on one of the stumps, er…truncated columns, and spotted these lovely young ladies. I was struck by their affection for one another, their obvious comfort in each other’s presence, and by their loveliness, which stood in stark contrast one to the other (almost like black and white). There was a tattoo that mentioned butterflies. (“If I were a butterfly…”) There was lace and there were skeletons. There were glasses and there were none. There was lipstick and then bare lips. There were two obviously and happily distinct personalities. It was such a lovely, contrasting picture that I immediately forgot my fatigue and my shyness and asked if I could take their photograph. They both smiled at me and looked to a gentleman walking toward us, whom I assume was their father. We found our common language was Spanish. (I say that with slight exaggeration. I have some Spanish vocabulary and can usually stumble in a mostly understandable way through the present tense.) I asked him if I might shoot their photos and offered to email him the results. He agreed with a smile, wrote his email address in my journal, and I gratefully captured this triptych, across the street from the Louvre.